Custom made gold grillz are almost mandatory in the hip hop subculture. Grillz, jewelry that is worn over a person’s teeth, helps to prove a person’s enthusiasm for the hip hop industry. Although they were at first an expensive thing that only the wealthy could afford, grillz are now doable for nearly anyone. This jewelry started to become popular in the early 1980s when hip hop artists in New York City began wearing them. The popularity grew during the 1990s in Oakland, California, once again because hip hop artists were wearing them. And once again, this popularity further advanced during the mid-2000s in the South, along with the rise in Southern hip hop rap.

Similar to other forms of jewelry, grillz can be made in a variety of ways. They can be made of silver, gold, platinum, or even other types of metal. Sometimes, these are decorated with precious stones to help to show off the bling. And although grillz are usually removable, they can usually be permanently attached if a person wished.

Naturally, custom made gold grillz, as opposed to premade ones, are better for a person who wants to wear them frequently.  The first step to making custom grillz is to get a dental impression of your top, bottom, or both sets of teeth. This can either be done by a dentist before being sent to a jeweler or, if you’re daring enough, by a mold kit that is usually provided by an online retailer. It is critical to have these impressions done correctly because it is how the actual grillz are going to be created, which is why many people tend to have it done by dentists rather than doing it themselves. Nonetheless, either the jeweler or the online retailer will pour dye stone into the impression. Both this and the tray are then pressured by an oscillating machine while the dye stone pours into the mold. Not only does this help air bubbles from forming, but it also helps the dye stone to be more evenly distributed within the whole impression.

This mold is then made into a casting. The casting has a wax lining, created by one of many techniques. One of the most common ways is by taking a plastic sheet, rather thick, before softening it on the mold enough to cut it into the wanted shape. After this, wax tubes are placed on both sides of the plastic. After the plastic is covered by a casting material, it is heated up until it becomes solid. The casting material will eventually solidify, which will allow the plastic to be removed and the gold to be poured into the casting by using the wax tubes. The last step to creating custom made gold grillz is to place the casting in a rapidly rotating centrifuge that helps to spin the gold to be both evenly spread and without bubbles.

Our team has undertaken this process a few times. We’ve made a lovely piece for a Slovenian rapper Maja Šebenik – Sheby. She proudly wore them in one of her latest videos. Sheby visited her dentist and brought a mold of her bottom teeth, our goldsmith did the rest. He used 14k yellow gold and embedded several shiny diamonds. Because Sheby’s dentist made a perfect mold, the finished product fit her teeth perfectly. Needles to say, Sheby was extremely satisfied with her custom made gold grillz. 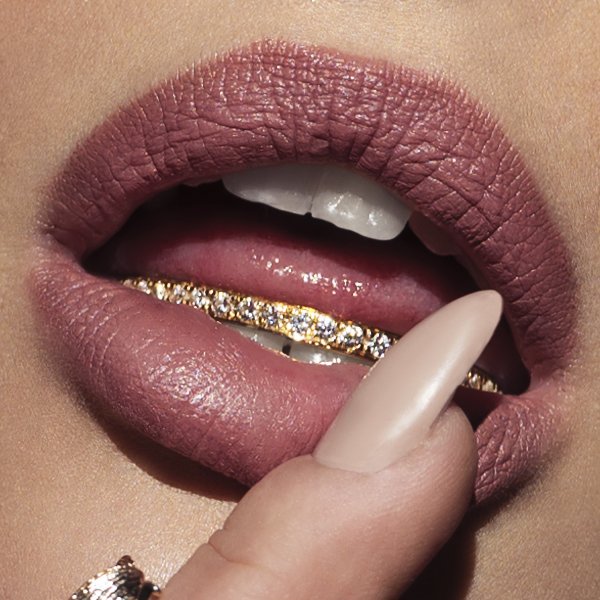 This may seem like a lot of steps to create custom made gold grillz, but every one of these steps is worth it. Unlike premade grillz, these grillz will last for quite a while, maybe even a lifetime. Not only will they last longer, but they will feel much better and do less damage on your teeth and gums. And, honestly, isn’t that worth it?